A strong, confident alpha male goes for what he wants and if he doesn’t get it straight away he doesn’t just give up at the first sign of difficulty. Instead, he keeps going, he ploughs through the difficulties until he gets what he wants. He doesn’t think about anything except the end goal.

And with that in mind, obstacles cannot stop him; stumbling blocks are converted into stepping stones en-route to his destination. 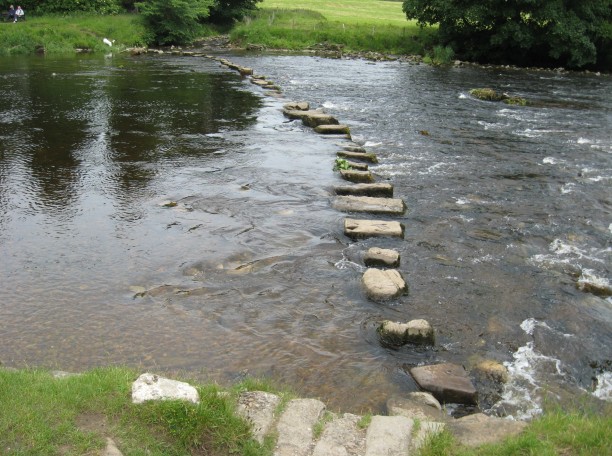 This is something a lot of guys struggle with when it comes to meeting and attracting women. It’s not that the girl rejects them, but rather that they reject themselves. At the very first sign of any disinterest they give up, thinking that all is lost.

Guys make two common mistakes that prevent them from being persistent.

First, they think that every time a man chats up a woman it’s going to be as smooth as a scene in a James Bond film. Consequently, when an interaction gets a little bit difficult, most guys give up. The truth of the matter is that most interactions are a little bit messy, even the biggest ladies men around don’t have the perfect response for every social situation, nor do they need to. The interaction doesn’t have to be perfect in any way for you to succeed, if it’s good enough it’s good enough.

The second mistake is that guys often don’t realise when women are just trying to test them. Often, a woman will throw out a playful tease just to test and see how a guy reacts to it. This is particularly common in the bar/club environment.

For instance, a woman might throw out a comment like, “you know, that t-shirt looks a little feminine on you,” at which point a lot of guys will feel a bit rejected and not pursue the interaction as hard, or worse, they will begin to defend their choice of clothes in order to prove themselves. In contrast, a confident man would just make a quick joke and continue with his conversation undisturbed, “yeah I’m gay on Fridays, anyway (continues conversation)”

Now, it’s important to realise that there is a big difference between being persistent and being pushy. Being pushy is creepy whereas being persistent is manly. Someone who is pushy doesn’t know when no means no and doesn’t have the character to persevere without reacting personally and in a negative manner.

Conversely, someone who is persistent is socially intuitive enough to know when to persevere and when to relent, and has the character to be persistent in a positive and charming fashion.

Here are a couple of examples of different ways that you can handle a situation, one of them is pushy and one is persistent:

Mr. Pushy: Hey, I just saw you from across the road and you’re absolutely adorable. I had to meet you.
Woman: Thanks, but I’m really in a hurry.
Mr. Pushy: So what, you can make time for me.
Woman: No, I can’t. (walks off)

Mr. Persistent: Hey, I just saw you from across the road and you’re absolutely adorable. I had to meet you.
Woman: Thanks, but I’m really in a hurry.
Mr. Persistent: I know you’re in a hurry but I’m in a hurry to meet you. Before you run along tell me something about you. What’s your story? What do you do in life?
Woman: I work in fashion.
Me: I could kind of tell, (blah, blah, blah, continues conversation)

The difference between the two examples is that Mr. Persistent doesn’t take it personally when he meets a little resistance to the flow of the interaction. Instead, he perseveres in a friendly manner.

I once started chatting up a woman who was walking along the street and she literally crossed the street to get away initially! I crossed with her and continued to talk in a relaxed, charming and friendly manner, eventually making her laugh and smile, at which point she stopped walking, engaged me in conversation and we ended up going on a date a couple of days later.

Start bringing this kind a relaxed, charming and friendly persistence to your interactions and you’ll be pleasantly surprised by the results. This will open up many, many, many doors for you!