Home» Blog » Psychology » Why courage is better than confidence…

Confidence is universally recognised as one of the most attractive traits a man can possess. You’ll be very hard pressed to find any dating adverts by women looking for men lacking confidence. However, I would argue, based on my experience, that there is one quality that women value more than confidence. 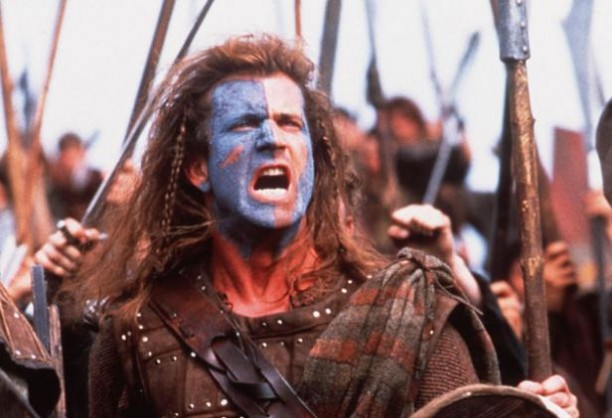 That quality is COURAGE.

Confidence can be defined as “A feeling of assurance, especially of self-assurance,” or, “The state or quality of being certain.”

Meanwhile, courage can be defined as “The ability to do something that you know is right or good, even though it is dangerous, frightening, or very difficult.”

So, it would seem that the difference between confidence and courage is in certainty; confidence contains certainty whilst courage does not. Courage often involves stepping into the unknown, into seemingly dangerous or frightening situations.

Why then, if courage is lacking in certainty, would it be a more attractive trait than confidence?

A man who operates only in the realms of safety and the known doesn’t have the willingness to take a risk. He only takes the calculated risks that he knows will succeed, which, ultimately, are no risks at all.

A man who is prepared to step beyond the realms of the known for what he believes to be right and good will take any risk, and consequently his capabilities are limitless. This is the man who has courage!

A courageous man has the capability to approach any woman, in any situation, should he feel compelled. He knows not what the result will be.

A courageous man has the willingness to express exactly how he feels without any veil of insincerity. He knows not what the result will be.

A courageous man has the openness to be fragile or vulnerable or weak, even when it is expected that he should be solid and protected and strong. He knows not whether this will mean he is perceived favourably or unfavourably.

Courage opens up the doors to infinitely more possibility than confidence. And ultimately, women do not want to be limited by a man who only operates within the finite arena of confidence.

In my own life I can say that I spent a long time in the absence of courage, a long time trying to live up to the confident man I thought I was expected to be. I never allowed myself to step beyond the known. I never strayed from the well-worn path of being self-assured. This placed a definitive limit on how deep my relationships could go, on how much trust and intimacy I could inspire in a woman.

When I finally found myself breaking free of the limitedness of confidence and embracing the expansive uncertainty of courageousness, suddenly, my relationships had a depth that seemed almost infinite. The courage to express myself with unreserved vulnerability inspired the trust that was required for a woman to reveal the fullness of her beauty to me.

Women are dying to meet real men. Men who are willing to step into the unknown. Men of COURAGE!

What does this mean practically?

It means don’t be afraid to express yourself if it feels right.

It means don’t be afraid to be in touch with your emotions if it feels good.

It means don’t be afraid to reveal your vulnerability in order to protect your ego.

Ultimately, it means don’t be afraid. Or, more accurately, whether or not you are afraid, take the actions that feel right and good in abandonment of protecting your ego.

Don’t expect that you have to be confident at all times. When confidence is absent courageousness takes over. Be courageous!

14 comments on “Why courage is better than confidence…”