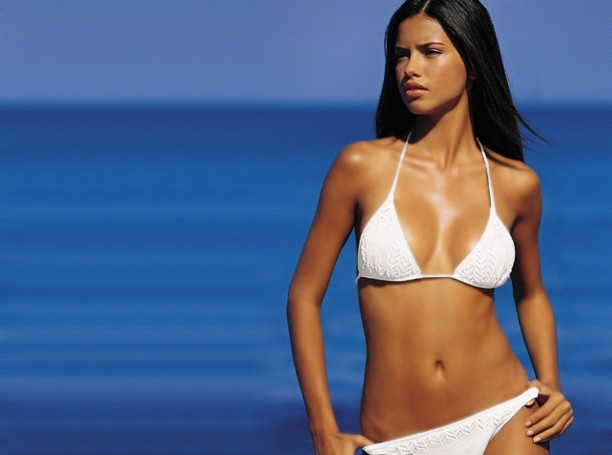 Conversely, beating yourself up and constantly reminding yourself of all the things you’re doing incorrectly only serves to reinforce your mistakes. In this case you become trapped in a vicious circle whereby you go around and around in a downward spiral, feeling worse and worse about yourself.

A few years ago I was working in face-to-face fundraising, a job where I was required to start conversations in the street with random members of the public and inspire them to sign up to a monthly donation to a charity, which is no easy task. In fact, in my experience it’s a lot easier to establish a sexual relationship with a woman than it is to get an individual to part with their bank details and money for no personal gain.

As the team leader I was also required to train new members of the team to do the same. Week in and week out there would be new people to train, many of whom were not the most outgoing of individuals and some who had never started a conversation with a stranger before. Training these individuals was also no easy task.

Within the fundraising organisation it had been noted that the best way to train a new person in these difficult skills was to instill in them a foundation of positive feedback, upon which constructive criticism could be built.

In simple terms this meant that every piece of feedback they were given needed to start with something positive, then and only then could you suggest something else that they could work on. This was particularly important in the early stages of development. Using this method of coaching you could often get seemingly useless individuals to a reasonable level of success.

Conversely, if subjected to a harsher method of feedback, as was the case on days when I hadn’t had enough sleep to tolerate what seemed to be poorly selected employees, the new recruits would never reach their potential. In fact, typically, they would get worse and worse before they’d become so disheartened that they’d resign.

This meant that if I wanted to be successful as a team leader, I had to be on top of my game and making sure that every new recruit who arrived on my team was on the receiving end of a positive and constructive feedback loop.

What relevance does this have to guys reading this who want greater success with women?

Well, the exact same pattern plays out with guys who are trying to develop their ability to approach, attract and connect with beautiful women. The only difference is that if you’re someone trying to develop these skills, you’re not going to have someone by your side coaching you through a positive mindset every time you approach a woman.

This means that YOU need to be the one who creates your own positive feedback loop. This is where most guys fall flat, and the reason that the vast majority of men who seek to develop the ability to approach women honestly and authentically, never manage to make progress.

Developing this ability requires enduring a lot of rejection, and when this rejection happens guys handle it all the wrong way. Rather than rewarding themselves for taking action and carefully considering where they can make improvement, they beat themselves up.

Don’t be one of those guys!

Here’s my four point plan on how to avoid that nightmare and create a positive feedback loop that will escalate you closer and closer to your goals:

1) Recognise that you will succeeding via failing.

This may well be intuitive and obvious but time and time again guys delude themselves into thinking that they’ll never have to face rejection, and somehow they’ll magically transform from being super-shy to super-confident.

Try to embrace failure as much as you can and see clearly that the more you fail, the more you’ll learn and the greater your levels of success will be. Whenever in doubt that failure is your friend, repeat this as a mantra…

“Every rejection is another brick in my palace.” -Unknown

2) Appraise all your attempts at striking up a conversation with an attractive female with three positives.

At times you may find this difficult, particularly when it seems like you did almost nothing correctly. However, so long as you took action you can always find a few things that you did right.

Even if you walk up to a woman and fumble all your words and she immediately walks away without even responding to you, there are still positives to take from this experience. First, you had the balls to take the action. Second, you attempted to express yourself honestly and authentically. Third, you tried to hold eye contact.

There are always positives to take but you’ll only be able to take them if you can fully accept your current situation. If you’re dreaming about the perfect approach then of course you’ll be displeased with yourself. The fact is, this is where you’re at. Take heart with what you were capable of and then, and only then, can you think about what you can develop.

3) After appraising yourself positively, make a note of just one thing that you could have done better and focus on this next time.

In all likelihood, especially if you’re a beginner, you did a whole host of things wrong. However, it’s unhelpful to take it all on board because you won’t be able to work on everything simultaneously. So just pick one thing to work on for next time, whether it be holding better eye contact, speaking louder and more clearly, maintaining open body language, or whatever else.

By small chunking your experience in this way you can make real progress, and slowly but surely develop your ability.  In focusing on just one aspect of behaviour you’ll find that you can see marked improvements each time. In other words, you’ll be firmly on an upward spiral of positive feedback and development.

It’s no good approaching one woman once a year and positively appraising your experience. If you want to become successful, you have to do it again and again and again. When you adopt this mindset you’ll find that your confidence and skill set begins to develop exponentially.

Lots of practice, combined with lots of positive self-talk and constructive development means that your upward spiral of success will become greater and greater.

There you have it, easier said than done, but once you begin to recognise the difference between positive and negative feedback, you’ll begin to talk yourself through your experience in the right way. And before you know it you’ll be waving a fond farewell to playstation games and boxes of tissues, in favour of beautiful women and real life connections.