Home» Blog » Psychology » How to break free from outcome dependence…

If you ask any dating coaches or experts in social dynamics worth their salt, they’ll all tell you that the one thing that absolutely kills an interaction is being dependent on it’s outcome. If you care too much about the ‘result’ of the interaction, in terms of your perceived success or failure, it will probably go terribly. 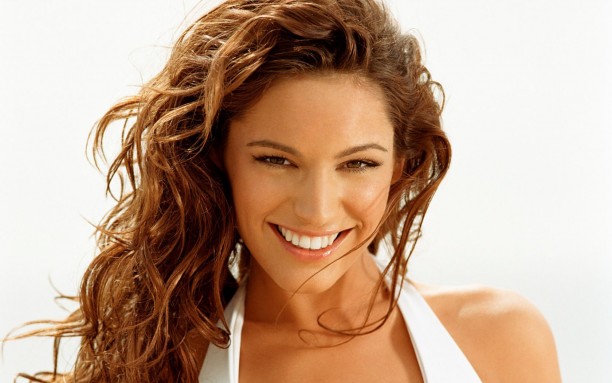 This is due to the simple fact that all the while a guy is worrying about the end result, he is so trapped in thinking about the future that he is not present while the interaction is taking place. This manifests in poor eye contact, fidgeting, a poor conversational flow and an uneasy tonality.

How then does one eliminate this problem when it seems only natural that a guy would be concerned about the result of his actions? Particularly when he is putting himself out there and laying his ego on the line.

This problem is, in no small part, solved by raising your self-esteem. When a guy has high self-esteem he is much less attached to how he is perceived by others because internally he has a positive view of himself. This is the topic of my upcoming ebook and something I won’t go into too much here as it’s a detailed topic.

If you’re desperate to some learn more about raising your self-esteem right away, check out the work of Nathaniel Branden.

Other than raising your self-esteem there is also one very good, and often overlooked, way to eliminate outcome dependence. That way is, to start up conversations with a lot of new people, each and everyday.

You’re a cool guy who has his life in order, a good job, interesting hobbies and a good social circle. However, you rarely, if ever, talk to anyone outside your immediate social circle unless it’s for a functional purpose, eg, to buy something from a shop.

You’d like a girlfriend but not someone from your social circle because it’s full of exes and women you see more as friends than anything else. So, the logical conclusion is to make the effort to approach someone new and to see if anything comes of it.

Needless to say, because you’re not comfortable talking to strangers and it’s not part of your lifestyle, you don’t want to have to do it very often. This creates significant pressure to get it right when you do manage it.

You know that nine times out of ten you can’t quite muster up the courage to talk to an attractive woman. However, one day you’re waiting at a train station and you see a really attractive woman, just your type. She’s on her own and waiting for a train that doesn’t arrive for ten minutes.

You figure if you can’t do it now you’ll never do it again. You summon up the courage, walk over and spew out a few nervous words desperately hoping she’ll respond well. Your needing and wanting the interaction to work is evident in your voice and your body language, and in the absence of being in this situation regularly the conversation doesn’t flow easily.

The woman entertains you for a couple of awkward minutes and then terminates the conversation as she can sense your desperation, “it was nice to meet you.”

You are so beaten down by this interaction it takes you 3 months to attempt something similar on another occasion. The result is the same!

You’re a cool guy who has his life in order, a good job, interesting hobbies and a good social circle. You also make an effort to talk to at least a few new people everyday, whether it’s a guy at the bar about the football, an old lady at a bus stop or an attractive woman in a cafe.

Since you’ve been in the habit of talking to strangers, you’ve really begun to enjoy the process of interacting. You know that sometimes people are a little less responsive and some a little more so, and how people respond to you is really much less significant than the act of reaching out and connecting. Nothing pleases you more than putting a smile on someones face.

One day you’re waiting at a train station and you see a really attractive woman, just your type. She’s on her own and waiting for a train that doesn’t arrive for ten minutes.

You’re a little more nervous than usual as you really fancy her. However, it’s nothing out of the ordinary for you to start up a conversation and you know this won’t be the last opportunity to talk to a woman you’re attracted to.

You walk over with a big smile on your face and start a playful conversation that immediately makes her smile too. You’re less concerned with how the interaction will end than with enjoying each moment. Since your conversational skills are polished day-in and day-out, the interaction ebbs and flows naturally.

Just before her train arrives she offers you her number and suggests you meet for a coffee one day. Two days later you have a similar interaction with another woman in a cafe, you get her number too.

The moral of these stories is this…

Moreover, for the one who becomes used to interacting for it’s own sake, for the very enjoyment of interacting, the more powerful his communication becomes. More and more others are drawn into his presence and attracted to the vibe that he projects.

“When you dance, your purpose is not to get to a certain place on the floor. It’s to enjoy each step along the way.” -Wayne Dyer

Those that really enjoy dancing tend to dance in a way that is very attractive, regardless of how ‘good’ their dancing is in technical terms. The more that people dance, the more that they come to enjoy it at deeper levels.

Equally, those that really enjoy interacting tend to interact in a way that is very engaging, irrespective of how how brilliant they are as speakers. The more they interact, the more they find new ways to enjoy it.

One piece of sterling advice to take your interactions to the next level is this… Start talking to more people, especially strangers, day-in and day-out. The more you learn to enjoy it, the less you become attached to the outcome of your actions, and the more that dating success lurks around every corner.

“Success is not the key to happiness, happiness is the key to success. When you enjoy what you do, you’ll be successful.” -Herman Cain

One comment on “How to break free from outcome dependence…”