As someone who has invested a huge amount of time in personal development (the best part of 10 years), and as someone who coaches other men in their journey of self-development, I’m often asked what has had the biggest impact on my own personal evolution.

I’ve done a lot of unusual things for sure. Investing 10,000 hours and more talking to strangers isn’t something most people do, going to meditation retreats that require absolute silence for 10 days in a row is certainly not the norm, and seeking out spiritual teachers that look to undermine all the beliefs I have about myself is definitely a little out-of-the-ordinary.

All of these things had a major impact on me, but if I had to highlight just one thing that has sped up and facilitated my evolution into the man I am today, it is the use of psychedelic drugs (or medicines as I prefer to call them) in a therapeutic setting. 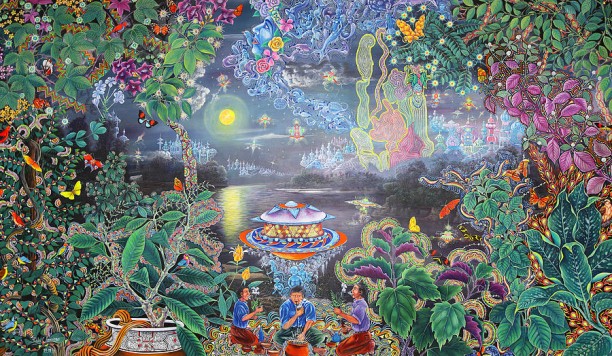 Yes, I know that’s a controversial statement. But… it also happens to be the truth!

The fact that this is a controversial message only really serves to show how confused we’ve become as a society, detached from nature and cut off from our natural way of being.

Not only do all cultures still living in their natural environment use psychedelic medicines for their own personal and spiritual evolution (with the exception of the Inuit who don’t have access and use shamanic drumming instead), so too have some of the greatest minds in our culture used psychedelics in their own personal evolution; Carl Sagan, Steve Jobs, George Carlin, Bill Gates, The Beatles, to name but a few.

Like anything, of course these substances can be mistreated.

If you drink one organic coffee in the morning before work each day, you may find you become a little more productive. If you drink 20 coffees a day, you’ll soon start to suffer from adrenal fatigue and your productivity will plummet. However, the idea that we should ban coffee for fear that everyone will abuse it is absurd.

So too is the idea that psychedelics, which occur naturally in our environment, and have far more significant benefits to humankind, should be banished from cultural use.

Psychedelic medicines are a tool, but one must know how to use a tool properly in order to get the benefit from it. For this reason I recommend seeking out a shaman, healer or medicinal facilitator to guide you on your journey should you seek to travel down this road. And you should only travel down this road should you feel personally compelled.

Here are three of the most significant plant teachers I have used on my journey: 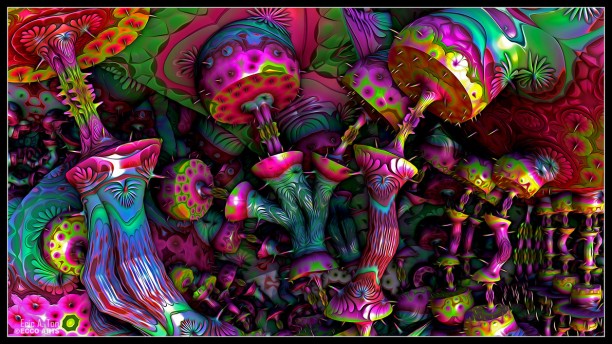 The Mazatec shamans of Southern Mexico have used Psilocybin Mushrooms for thousands of years and affectionately call them “Mushrooms of Superior Reason” for the heightened mental state which they induce.

For me, the benefit of revisiting this sacred mushroom time and time again has been to open my mind to see beyond the conditioned and limited patterns of thinking that I’m habituated to.

Enevitably, we, as humans, have acquired conditioned patterns of thought that limit our scope for thinking outside the box. This often means that we have a scarcity mindset whereby we see our life as confined by limitation. We see money as being scarce, potential partners or career opportunities as limited or difficult to obtain, and so we become trapped in a prison of our own entrenched patterns of thinking.

The sacred mushroom eliminates these patterns of thought, for a few hours at least, and during this time we can come to think with a freedom, creativity and optimism that wasn’t there before. Slowly but surely, when the mushroom is revisited, these new enlightened thought patterns can come to supercede our old, limited patterns of thinking, and from this point forth a world of possibility opens up to us. 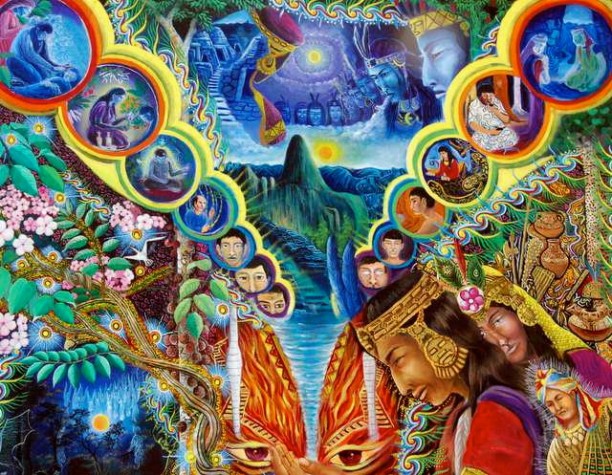 Ayahuasca, directly translated from the Quechua people of the Andes and the Amazon, means vine of the soul. It is a brew of two plants native to the Amazon; a vine (Caapi) and a leaf (Chacruna). The combination of these two plants allows for DMT to be absorbed orally, DMT being a substance that occurs naturally in our brain and is stimulated in particular at birth and death, leading some to believe it is a portal to a dimension that exists outside of the human life span.

For me there are many benefits of taking Ayahuasca, I’ll share just two here.

First, it catalyses information from your subconscious and allows you to understand the nature of your closest and most personal relationships not just from your perspective, but from theirs too. You can come to see the pain that your actions cause in others, and from this point forth begin to heal yourself and the way you relate to those that matter the most, creating greater depth and richness in your relationships.

Second, Ayahuasca shows you your potential. It shows you just who you could be and how you could impact the world if you truly optimised your potential, and believe me when I say that there is nothing more inspiring than this. From this point forward you have a goal and a vision of your best self to work towards, something compelling that ensures that you take the right actions.

I released a video some time ago about some of the other benefits of Ayahuasca, you can watch it here. 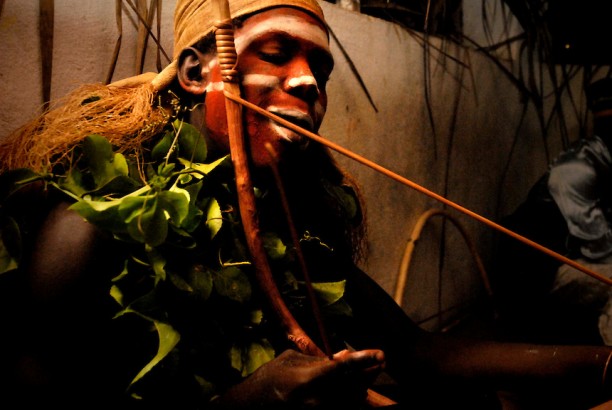 Iboga is a sacred root consumed by the various tribes known as the Bwiti in Gabon, West Africa. Followers of Bruce Parry and the BBC show Tribe may remember Bruce embarking on a ceremony known by many Bwiti as The Cure.

Iboga is known more commonly in the west for one of it’s principal alkaloids, Ibogaine, which has been used to treat opiate addiction, among other addictions, with unparalleled success. How sad that those who see things in black and white and label all drugs as ‘bad’ will never come to the understanding that the negative impacts of some drugs of abuse can be cancelled out by other therapeutic drugs, specifically plant medicines like Iboga.

For me Iboga is the most powerful and pronounced in it’s effect, both physically and mentally. To be clear, it wasn’t a pleasant experience for me personally, and yet on reflection the experience was overwhelmingly positive.

Whilst Ayahuasca showed me my potential and just how incredible life can be, Iboga showed me the sobering reality of just how painful life truly is. Whilst this might sound like a negative thing, it really wasn’t, as this sobering reality healed me of my misperceptions and released me from many egoic patterns of thinking, forcing me to look deeply through the pain to what really, really matters most in life.

Iboga took me deep into my child-self where I could relive the trauma of my childhood, my conditioning and the impact of my parents relationship. It showed me aspects of myself that were totally unknown consciously, that had been repressed and have remained in the background of my mind and my emotions, unbeknownst to me. In bringing these aspects of myself to the light I have come to own my pain and allowed the scar tissue to heal.

Iboga is not something to take lightly and I’d strongly recommend seeking out a traditional Bwiti ceremony should you seek to use this medicine.

If you have any questions about any of the medicines discussed here or where to seek out there use in a safe and therapeutic environment, feel free to email me at seb@authenticmanwithin.com. And remember, the choice to go on this kind of journey is a personal one and not something I would endorse for anybody. Do so only if you are genuinely compelled.

Until next time, be authentic!

One comment on “Psychedelic drugs (or medicines) and self-development…”