Home» Blog » Psychology » What Bruce Lee can teach you about seduction…

The world of dating coaching, pick-up and seduction is a funny little world. For a long time it’s been a world driven by nerdy formulas, methods and theories about how to attract women, created in no small part by guys who are very clever, but not so emotionally and socially intelligent.

It’s a world that is powered by the mind and detached from the heart, spearheaded by thought but absent of feeling and intuition.

Things are starting to change, no doubt. But still, the vast majority of teachers and students alike are lost in their minds, drowning in techniques and strategies that bring with them a myriad of problems.

What’s wrong with techniques, methods and strategies? Bruce Lee has a few words of wisdom on this topic, but more on that later. 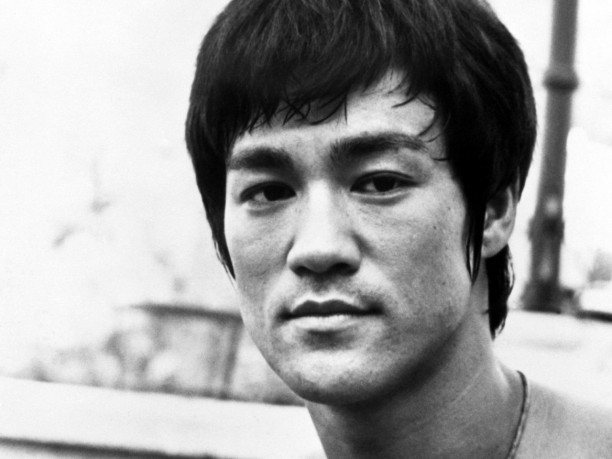 Fundamentally, the problem is that techniques, methods and strategies of communicating create a rigidity in the way one thinks and acts, and an absence of feeling into and flowing with an interaction.

Human interaction is not something that can be fit into a rigid formula or technique. If one tries to go about doing so they lose their intuitive genius and are limited to the appropriate sequence of responses that conform to whatever their ‘method’ is. They are unable to ebb and flow with the natural tide of an interaction, they are castrated, impotent.

When I’m asked, as I regularly am, ‘What do you think of the way coach ‘X’ interacts?’ My response is usually, ‘Nothing! It’s formulaic, rigid and lacking in aliveness.’

On the odd occasion I have a more favourable opinion and I’m quizzed, ‘So why do you like the way coach ‘Y’ interacts but not coach ‘X’?’ My answer is simple, ‘Because he’s not imprisoned by technique.’

Most students of dating consume video after video on youtube, being dazzled by the apparent success of various coaches interacting with women. What they fail to recognise is that these interactions are in no way free flowing. They are following scripts, formulas and methods that, overall in life, make them less confident as men and less successful with women.

I’ve been in this ‘game’ for just about 10 years now and I’ve seen every method, technique and strategy in the book. I’ve even used them myself so I recognise it when I see it. I also recognise how badly it can hold you back from trusting yourself enough to be formless, free-flowing and perfectly spontaneous and present.

Sometimes I’ll watch a video that others rave about and I’ll be close to vomiting in my mouth, not because I’m a hater but because I see beyond the words and into the rigidity, into the predictability and formulaic nature of the interaction.

I see deeply into the total lack of presence. I see into the mental prison in which the man in question is trapped. I see it clearly because I’ve been there myself and I must be careful not to go there again, for fear of castrating my inner genius.

Any technique, anything that could possibly be made into a formula for interacting, is problematic.

Even the purest of expressions can be tainted.

Expressing directly how you feel about a woman without attachment to outcome would seem to be pure. And it is, until the point where it’s noticed that this ‘works’ and so it is deployed as a technique, at which point the subtleties of it’s purity are removed. In this case, a compliment is given removed from any feeling whatsoever and in the expectation that it will get a favourable response.

Excuse me while I retch!

Being self-amused and in a state of child-like playfulness would also appear to be another way of expressing oneself that is untainted. And of course it is, until one notices that this has a positive impact and being self-amused and playful is extracted as a technique. In this case the child-like openness of your communication becomes a more sinister ‘let-me-act-like-this-so-I-can-get-that.’

The truth of the matter is that anytime you try to make an aspect of authentic communication into a technique or formula, you destroy it. And simultaneously you remove yourself from being present and sensitive to the interaction. You become trapped in your mind, thinking of and trying to orchestrate techniques rather than being with and feeling the interaction.

At this point you’re dead inside. You have no soul.

You’ve lost all trust in yourself and you’re trying desperately not to drown.

Is it a coincidence that a lot of dating coaches seem to be reasonable at ‘getting laid’ but pretty poor at having relationships?

Bruce Lee can teach us more than any ‘pick-up’ guru can about how to relate to women better, how to abandon rigid patterns in favour of a way of being that can adapt to any situation and cultivates greater and greater levels of self-love, trust and presence. A way of relating that is flawless.

Any technique, however worthy and desirable, becomes a disease when the mind is obsessed with it.

When one has reached maturity in the art, one will have a formless form. It is like ice dissolving in water. When one has no form, one can be all forms; when one has no style, he can fit in with any style.

Be formless my friends. Trust yourself!

Sebastian Callow is a personal dating coach for men in London. Unlike other dating services he provides a practical, real-life coaching experience that actually involves meeting and interacting with women in everyday situations. Sebastian helps men develop the comfort and ease to express themselves with raw honesty. If you're unhappy with your dating life and you're hungry for change, the Personal Coaching Course could be exactly what you need. bruce lee, pick-up, seduction