A lot of guys in the world of men’s self-improvement, dating coaching and pick-up appear to be pretty good at relating to women, at least, if you didn’t know any better. A closer inspection reveals the cracks that show a fragile sense of self and a huge level of discomfort in relating to women.

What are these cracks? What are the tell-tale signs that reveal discomfort in relating to women?

I’ve listed each one below.

1) You TRY to be impressive!

This manifests in a whole host of ways, from telling stories about how awesome and special you are (even in a subtle way), to dropping ‘funny’ lines that have been read online and are scripted to make you seem like the most amusing man around.

Think of the most charismatic man you know. Does he try to be impressive? Or is his very presence impressive without any effort at all?

Now think of a guy you know who isn’t the most confident and not charismatic at all. Do you ever get the sense that he tries really hard to be recognised in some way? And because he’s trying so hard it just comes off as a little weak?

These patterns play out a lot when guys are relating to women, and you’d better believe that women see it, feel it and smell it a mile away. The fragrance of a man who is effortless in his presence is sweet like a flower, and the stench of a man who ‘tries’ to be impressive is a foul-smelling odour that makes women retch.

Guys who have been sucked into the world of PUA are some of the worst for this because all the pick-up tactics and techniques are geared towards covering up feelings of inadequacy by ‘trying’ to be impressive.

What guys don’t realise is that the vast majority of the over-the-top lines that are so popular today come off as extremely try-hard. And more importantly, they shelter men from being comfortable in who they are.

Ask yourself… Am I guilty of this? And to what extent?

Rather than trying so hard, relax into the conversation and appreciate that everything you say has value for no other reason than because you’re saying it.

You’ll know you’ve transcended this problem when you’re content to have a boring conversation with a woman you’re attracted to. And likely, what you’ll notice is that your lack of trying-too-hard is attractive to her in-and-of-itself.

2) You feel you need to play on her insecurities

Now, don’t get me wrong, teasing is great! It’s a natural element of being flirtatious. However, your intention is what makes the difference between a tease that is playful and flirtatious, and something that is more sinister.

If you’re simply having fun with the woman you relate to and your tease is a pure expression of this, that’s great! But if your tease is honing in directly on a woman’s insecurities to make her less sure of herself, then you’re operating way outside of what is normal, attractive behaviour.

This too is hugely common in the world of pick-up, where men try very hard to make a woman self-conscious with harsh teasing that is born out of insecurity.

Again, think about the most charismatic man you know. Would he ever feel the need to play on a woman’s insecurities? Or would he just joke and play with a woman from a much gentler and more sensitive place?

If ever you feel the need to play with a woman’s feelings and bring up her insecurities, it only means that you are so full of insecurity yourself that you’re trying to drag her down to your level.

Become conscious of this. Do you ever experience this tendency?

When you feel the tendency to do this, catch yourself. Rather than lashing out at her, look inward and feel the place from which this comes. Notice the need and insecurity that exists in you. The more you become conscious of this and feel into it, the more you’ll transcend it.

You’ll know you’ve overcome this when the very idea of harshly teasing a woman to a point that is beyond playful just feels completely unnecessary.

As the title of one of Eckhart Tolle’s books says, “Stillness Speaks.”

It’s in between the words, in moments of silence, that the deeper aspects of communication come to the forefront. The depth of one’s eye contact becomes evident, the relaxation in the musculature of one’s face is clearer, and every micro-detail of the positioning of one’s body is illuminated.

Guys who aren’t comfortable with themselves and the women they relate to hate silence within the context of an interaction. On some level they recognise that these are the moments when they’ll be revealed, and so they just keep filling the air with noise.

For a guy who is uncomfortable around women, any words will be better than no words at all. And so he’ll simply keep spewing out unnecessary and unimportant speech all over the place in an attempt to fill the void.

If he were to just breathe deeply, settle into the silence and look deeply into her eyes he could communicate so much more without even saying a word.

Have you ever noticed the difference in the quality of silences that you experience between different people?

With someone who is comfortable in themselves the silence is calm, restful and beautiful. The stillness is healing and there is a space for connection beyond words.

And in the case of someone who isn’t so comfortable with themselves the silence feels like a desperate scrambling to escape the stillness. It’s uncomfortable and awkward.

Become very conscious of the degree to which you’re uncomfortable with silences in your interactions with women. Rather than resisting them, experiment with being with them, holding them and even enjoying them.

You’ll know you’ve transcended this issue when you can settle so deeply into silence that speaking seems like it would taint the level of communication that you’re currently embodying.

This one typically arises from shame around sexuality, which is largely the result of our upbringing, culture and religion.

Despite most of us being agnostic or atheist, just one or two generations back our families were deeply religious. And with that comes a whole lot of should’s and shouldn’t’s and shame that gets passed down the generations.

If we come from a family that carries a lot of this shame and isn’t very ‘touchy-feely’ the result is that we are the same way. And never is this more self-evident than in relating to women. This manifests in a total absence of touch in many cases, and a certain awkwardness when it is attempted.

When a man is comfortable in who he is, touch is simply a natural part of his expression.

It is used to accentuate and articulate everything he does. A joke is accompanied by a playful touch on the shoulder. An expression of affection goes hand in hand with a hug or a kiss. A moment of tenderness is illustrated by a delicate caress of the face.

There is no thought behind it, no shame around it, it is just pure, unfiltered communication of the most natural order.

If you notice difficulty in touching, first, become aware of it. Notice the willingness to hold back from expressing yourself in such a way and the awkwardness when it happens.

Notice it and accept it. This is where you’re at right now. From this place of acceptance breathe deeply into the sensation of anxiety and feel through it. Allow your touch to manifest.

If it’s awkward at first, let it be awkward. But keep feeling into and beyond the anxiety around it, and continue to accentuate your communication with touch until it feels natural.

You’ll know you’ve made it to the right place when it feels awkward NOT to communicate with touch!

5) You’re intimidated by a woman’s beauty and femininity 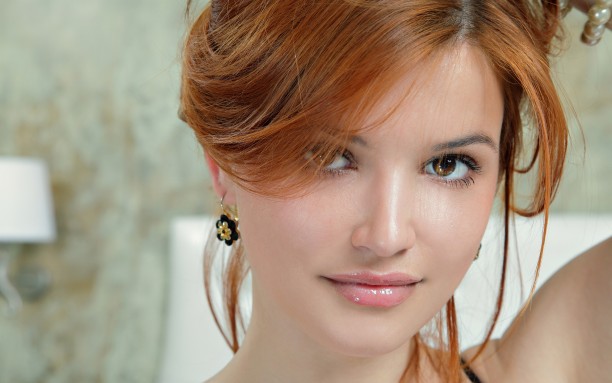 This one is also influenced by culture, by the cultural ideal of the perfect female beauty as the ultimate goal, something so special that one should be intimidated by it.

What’s missed here is that a woman’s physical beauty is just the surface, nothing to be frightened or afraid of, and certainly not a goal to be attained. The deeper level of a woman’s beauty is her femininity, but often, men are afraid of this too.

A really feminine woman can be wild and chaotic. On minute she is deeply affectionate, the next she is curt and dismissive, and a moment later she is laughing uncontrollably.

To a man who is centred, present and grounded within himself this is actually quite attractive. There is nothing to fear since he knows he can remain poised and centred through it all. He knows he can weather any storm that might arise.

However, to a man who isn’t in touch with himself the wild and unpredictable nature of true femininity is something that is deeply intimidating. It induces fear in such a man because he isn’t grounded and he can be easily swept away with whatever tide of emotion a woman is expressing.

This fear of female beauty and femininity manifests in being stifled. A man who is normally free-flowing in his actions, expressions and communication will find himself shut-down in the face of a beautiful and feminine woman. He’ll say and do less than he would otherwise, and when he does act or speak it will be with less conviction.

Does this happen to you? Are you less complete in your way of being around beautiful and feminine women?

If this is the case become aware of it. Once again feel into the resistance, feel into the holding back. Relax more and more into it until you become more loose.

When you notice yourself leaning back into safety and hiding away in your actions/expressions, do the opposite, step forward into expressing yourself exactly as you would otherwise.

Once your actions around beautiful and feminine women are closer to alignment with the way you act in situations in which you are very comfortable, you’ve overcome this stumbling block.

With any and all of these traits, be brutally honest with yourself. If you notice their presence to any degree at all, be conscious of it. Be conscious of it and accept the presence of this characteristic in you. At this point you’ll be ripe and ready for change!

“The first step toward change is awareness. The second step is acceptance.” -Nathaniel Branden

Sebastian Callow is a personal dating coach for men in London. Unlike other dating services he provides a practical, real-life coaching experience that actually involves meeting and interacting with women in everyday situations. Sebastian helps men develop the comfort and ease to express themselves with raw honesty. If you're unhappy with your dating life and you're hungry for change, the Personal Coaching Course could be exactly what you need. discomfort, relating, women