Contrary to popular opinion it’s not your looks or how much money you have in your bank account, it’s not even your knowledge and understanding of male/female dynamics and the dating game.

It is, quite simply, your self-esteem!

No matter how good your looks are, no matter how much money you have in your bank account, it won’t make one bit of difference if you have low self-esteem.

You might even have a deep understanding of masculine/feminine sexual polarity and know dating dynamics inside out, but if you don’t feel good about who you are you’ll fall flat time and again. 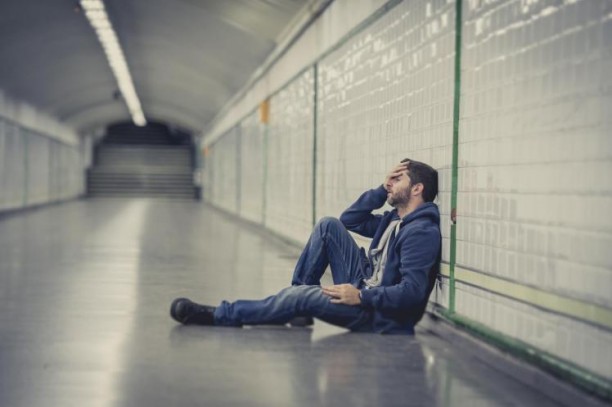 1) You run from success because you don’t feel worthy

I see this time and again in my dating coaching practice, whereby guys end up in situations outside of their reality and are so unable to process what is happening that they just exit.

The situation usually plays out in the form of the man in question getting more and more in touch with his sense of courageousness and beginning to express himself more and more freely and openly with all kinds of women. He then starts interacting with a woman he perceives to be ‘out of his league’ and she just keeps giving him the green light and he can’t comprehend it.

In this case the man’s external circumstances just don’t match his internal sense of self-worth, his brain can’t compute what is happening and so he decides he’d better reject himself before the woman rejects him. In his head, those are the only two options.

So he leaves the interaction unexpectedly, much to the woman’s dismay. Everyone is left puzzled and confused. She can’t help but ponder why he would leave like that and he can’t understand that it’s actually possible for him to be that attractive!

Only when you feel that you are worthy will you be able to act accordingly. Only then will it make sense that the women you are most attracted to are just as attracted to you. Until then, you’ll be snatching defeat from the jaws of victory.

2) You transform attraction to repulsion through neediness

This is another one not uncommon in my field of work, another dating failure born of low self-esteem.

In this case, a man will find himself in a similar situation as noted before, but rather than running from the interaction in order to preserve his existing belief about not being good enough, he’ll tarnish it out of a sense of disbelief.

Sometimes this manifests in a sudden switch of behaviour from being cool, calm and collected, to thinking, “Oh my God! She actually likes me! I have to keep this going!” And then proceeding to try to be exceptionally funny and teasing her way too much in order to ‘keep the attraction alive’.

The inevitable consequence ends up being the opposite to what was intended. The attraction that arose in the space of the man’s centred presence falls apart just as soon as his centredness is replaced with need and desperation. In this case, the woman suddenly senses that she should terminate the interaction.

Sometimes this also manifests in another fashion, whereby the guy acts like his normal self and then upon noticing that the woman likes him he suddenly changes his behaviour to that of the ‘people pleaser’, always agreeing with everything she says and does with the same intention as before -to ‘keep the attraction alive’. Of course, she senses this and the result is that she is repulsed rather than attracted.

What requires transformation here is not his behaviours per se, but rather his sense of self, which will, in turn, transform his behaviours without any effort or volition required.

3) You’re self-deprecating, and not in a good way!

A little self-deprecating humour is usually a good thing, it shows wit, the willingness to not take yourself too seriously, and humility.

However, being self-deprecating can also be a bad thing, and it often is when a man is low on self-confidence and self-esteem. As opposed to expressing a sense of humour that conveys all the aforementioned qualities, he just straight-up plays everything about himself down because he doesn’t feel good about himself or worthy of praise.

This often manifests at a point where the woman is showing him genuine interest, trying to find out about him and asking him questions.

Him: Well, yeah. I mean, not really. A lot of hours and stress and stuff. It’s okay.

In this case the woman’s excitement about what she perceives to be an awesome occupation is met with an expression of discontent and a playing down of everything that is great about what he does. The result is a dying off of the conversation and a diminishing of her initial excitement about him.

Contrast this with  the kind of response you’d get from a guy with high self-esteem:

Him: Yeah! I mean don’t get me wrong it’s long hours and a little stressful but I’m doing what I always wanted to, what I trained for so long to do, I work with a great team, and, I guess most of all I’m offering something of value – so it feels pretty good.

Her: That’s so cool. What kind of doctor are you?

In this case the man offers an expression of his contentedness and plays up the positives whilst tempering it with just a little of the negatives. The result is that the woman is even more excited and intrigued and follows up with more conversation and more questions.

This kind of response just doesn’t feel natural until you feel good about yourself and whatever it is that you do with your life, so guys with low-self-esteem will simply continue to sacrifice the interest of those they interact with.

4) You settle for less than you really deserve

They settle for an attraction that is less than what they truly desire, and a connection that is not what their heart really craves. The attitude is one of total scarcity…

‘It might not be what I want but it’s something. And something is better than nothing!’

The truth of the matter is that when you feel empty inside it’s very difficult not operate outside of a fear-based mindset. You settle for whatever scraps you can get just so that you can avoid the depths of feeling really, really low.

When you feel full you don’t operate from fear but from desire, you act in alignment with what you truly want in the depths of your heart.

You only seek out women who you feel a strong attraction to and you never settle for less than a connection that is fulfilling on the deepest level. As a result, if it’s not working out you move on and find something that will.

The one with low self-esteem simply cannot do this. He will cling to whatever relationship he can maintain, no matter how unsatisfactory, simply so he doesn’t have to confront himself and the truth of how he is feeling inside.

5) Your ability to move with purpose and direction is lacking

Perhaps the worst problem of all is that a man with low self-esteem will not be able to fully embrace his masculinity. His lack of feeling whole will create an inability to lean into the edge of his fears and insecurities, and therefore an inability to move with purpose and direction in the world.

Overall this will mean that he is unlikely to be pursuing his true life purpose and unlikely to be giving the deepest gifts he has to give to the world. Instead, his purpose will likely be a reflection of his sense of self -somewhat depleted, somewhat diminished and somewhat lacking.

And since he is unlikely to be in alignment with his deep purpose he will feel less able and less capable to express purpose and direction in smaller situations. If he sees a woman he feels a strong desire for he won’t initiate a conversation, or if he does he will fall shy of allowing his desire to shine through.

He will not be able to stand strong, tall, centred, erect and unwavering in the world. Instead he will be limp, weaker than he might otherwise be, and every area of his life will be less than it could be including his dating and relationship life.

If you’re looking for tactics and techniques to cover up a low sense of self and succeed at dating, rest assured that you are doomed to failure. One way or another you’re going to fall down somewhere along the line.

Turn back, look inward, find yourself!

In the long run this is the only solution.

The good news is that a healthy and strong sense of self-esteem is something that can be cultivated, or awakened from within. It takes a little time and effort to find your centre, learn to accept and appreciate who you are, and live in alignment with that acceptance and appreciation. But, it’s more than worth it!

And guess what? I might just be able to help! 😉

Sebastian Callow is a personal dating coach for men in London. Unlike other dating services he provides a practical, real-life coaching experience that actually involves meeting and interacting with women in everyday situations. Sebastian helps men develop the comfort and ease to express themselves with raw honesty. If you're unhappy with your dating life and you're hungry for change, the Personal Coaching Course could be exactly what you need. dating coach london, failure, self-esteem